Welcome to my first Blog…. all very new to me, but should be a good way to document the background behind some of my images. I have had some time over the Easter break to head out on some day trips and take some snaps along the South Queensland coastline and hinterlands.

Tuesday morning was an early 4.30am start. With the camera bag packed, I headed down to the Gold Coast Seaway before the sun rose.

As the sun rose, the skies were clear (I admit I was slightly disappointed as I prefer some clouds in the sky to give the images some character - personal preference). The first location for the day was the sand piping jetty at the Spit. 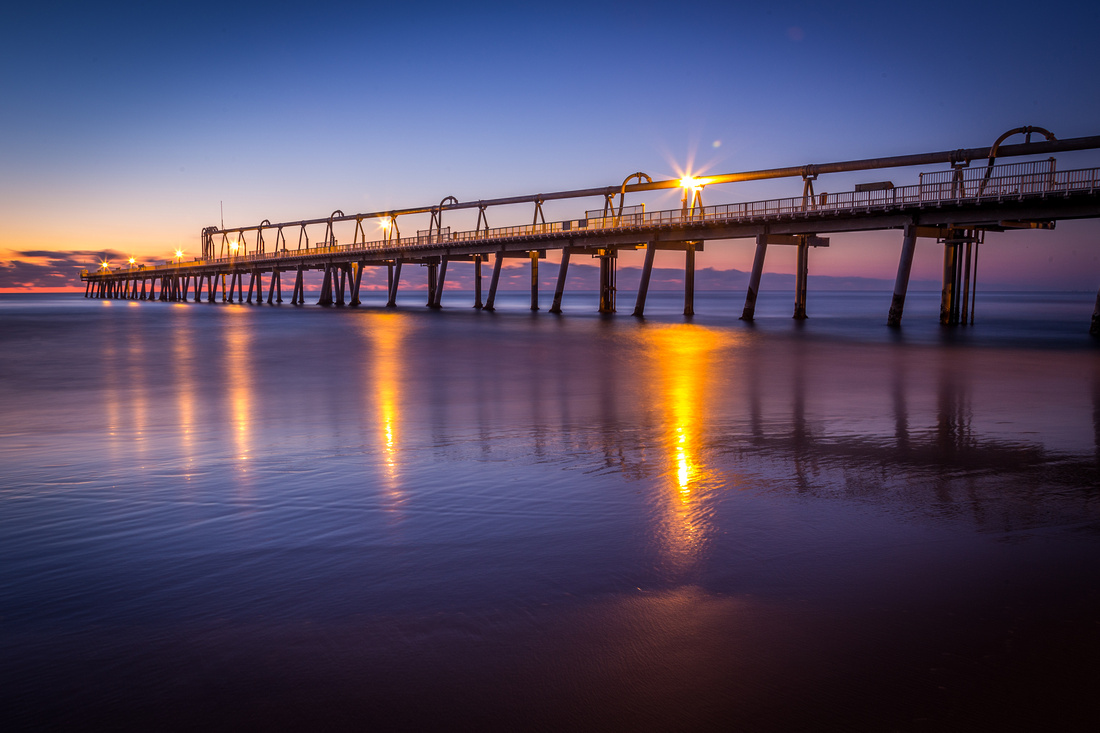 After I finished with the jetty, I moved on with the aim of taking some panoramas from the sea wall. After I took a few shots I was fortunate enough to be able to capture some interesting moments with a sea eagle. Although I only had a 200mm lens I felt I had to seize the moment when it presented itself! 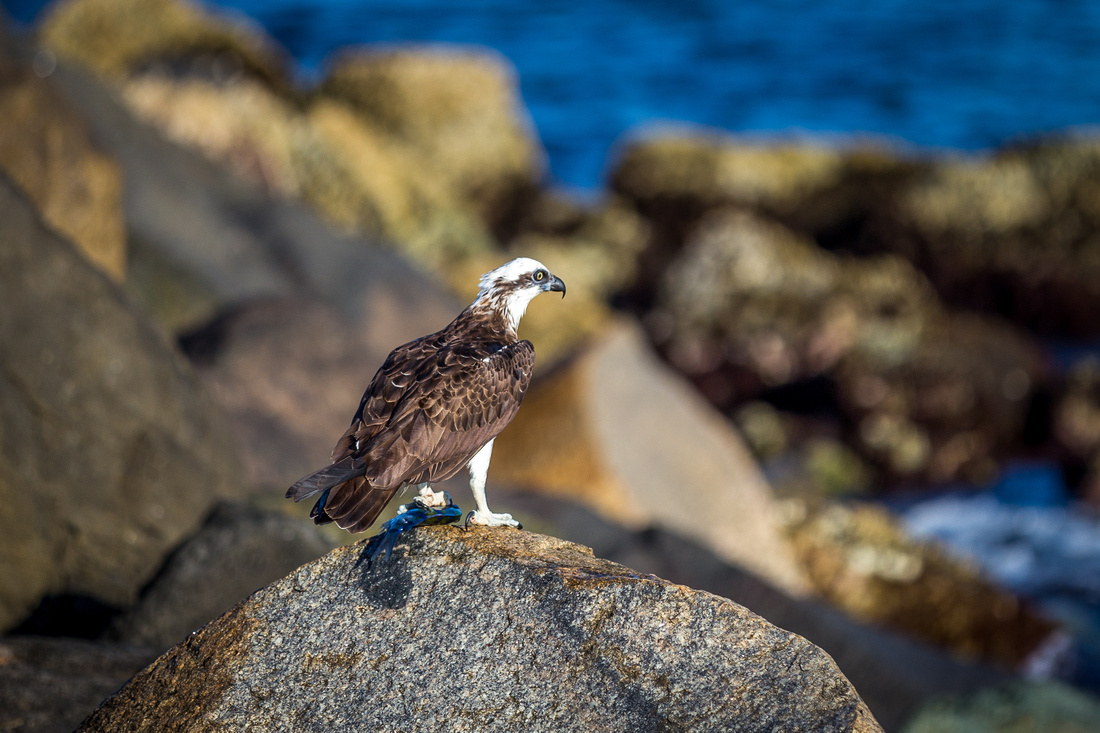 I got a fishI was luck enough to capture this Sea Eagle on the Gold Coast Seaway just after he plucked a fish from the ocean.

By this stage the sun was up completely, the surfers were out in numbers and I was able to practice some action shots. Local surfer Jeremy was good enough let me use the photos of him for my website. Following day, my mate Jarret and I headed off up the Sunshine Coast to Caloundra to take some long exposure shots. Jarret was good company (my wife usually falls asleep on road trips any longer than 30 mins) and we made plans to start with Military Jetty. We were running slightly late (I slept in…) and had to rush to catch the pre dawn lighting. I admit I am disappointed with the shots, the sun rise was overexposed. But - thats what happens in a rushed situation. I edited them as best as I could. Next location on the list was Dicky Beach for the shipwreck shots. I am fairly happy with the shots… had some issues with the sand moving around the tripod which created a very abstract affect on an image! Best part about this shoot was the opportunity to break in my new Hoya NDX 400 ND filter. It reduced the light by 9 stops and I was really happy with the effect. Breaky was calling our stomachs so we headed off for a hot breakfast on the main stretch in Caloundra. The next location was decided in between gulps of coffee and mouthfuls of food…. Montville was the next destination and off we went in search of waterfalls.

4km hike in and we reached Konadalilla Falls. 80 metres high and limited clear viewing areas really tested us. The smaller waterfalls we came across during the hike allowed for more up close shots from a range of different angles. 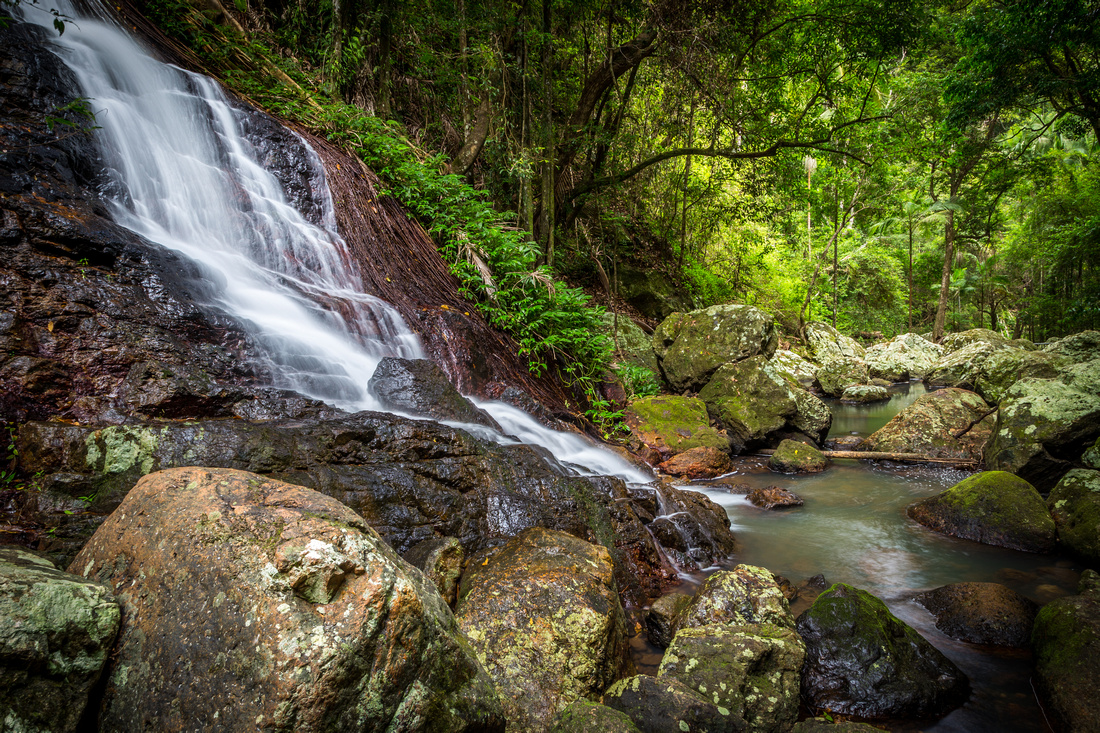 After that it was time to start heading off.. after another coffee and some quick shots of the views from the top of Montville that is!

Well, I think that is all for my first Blog - heading off to see a co-workers photography exhibition this evening. Should be good.