After Photographing Brisbane city for a while now I decided to approach it from a different view. I jumped on a CityCat at Southbank and headed down river. With the Wheel of Brisbane behind me I was on my way. 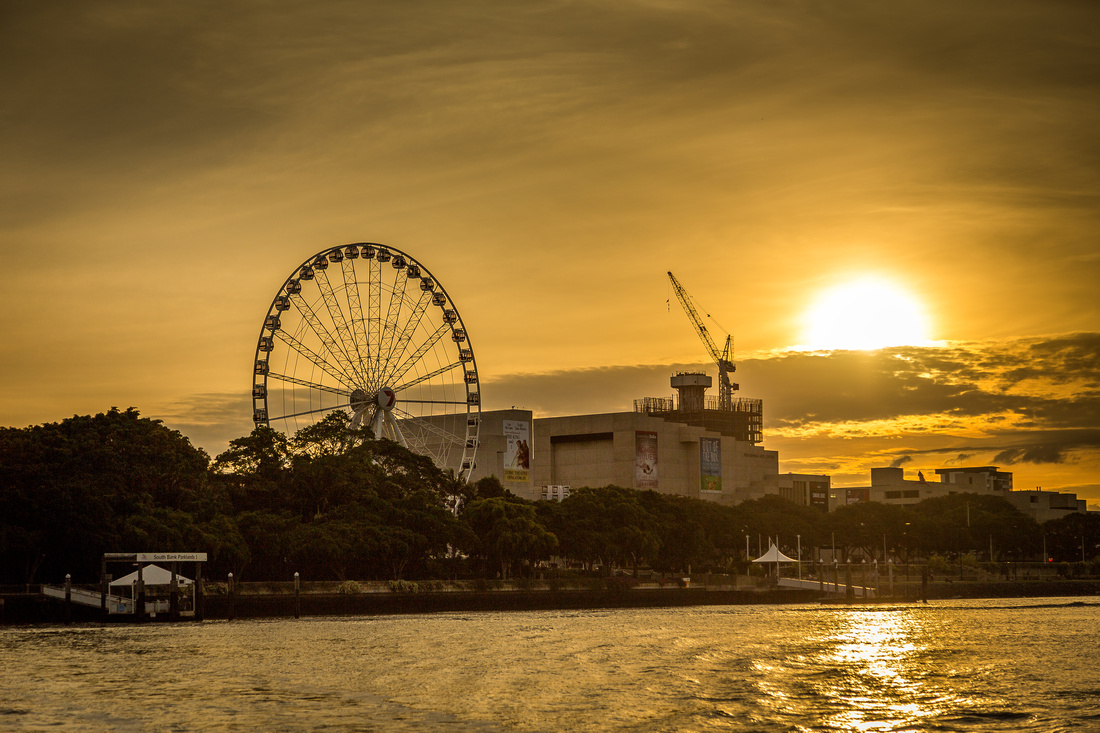 Being in the middle of the river granted me a new perspective. 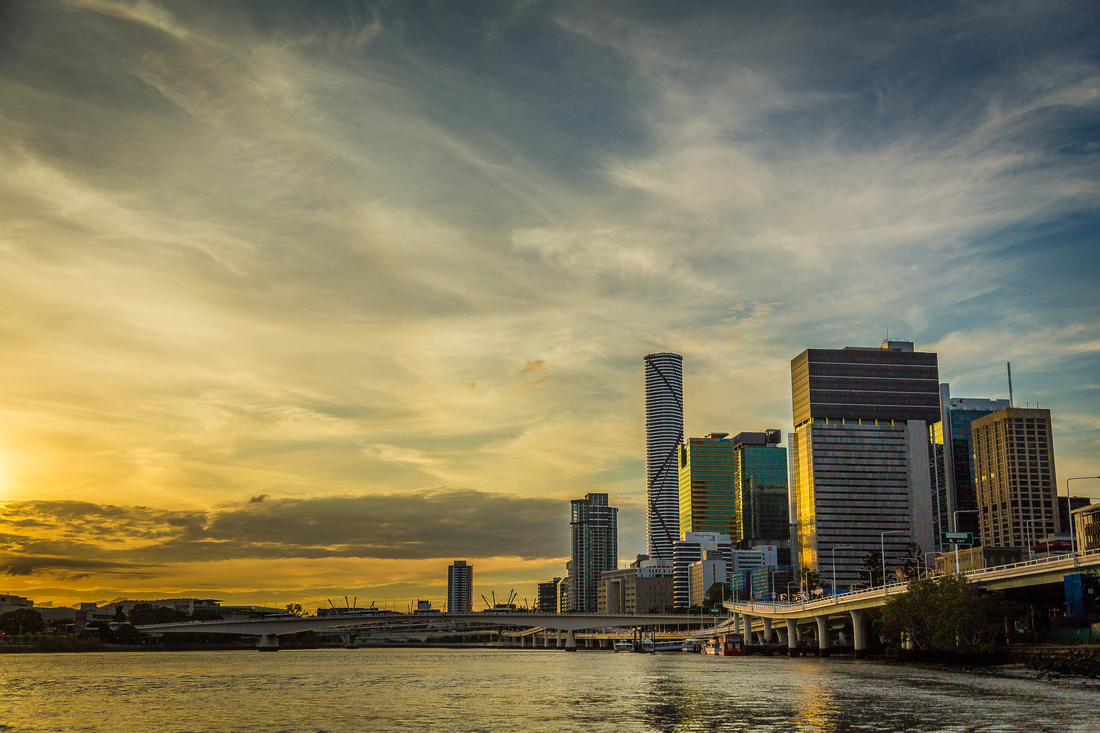 I left around 4:30pm so the light was golden 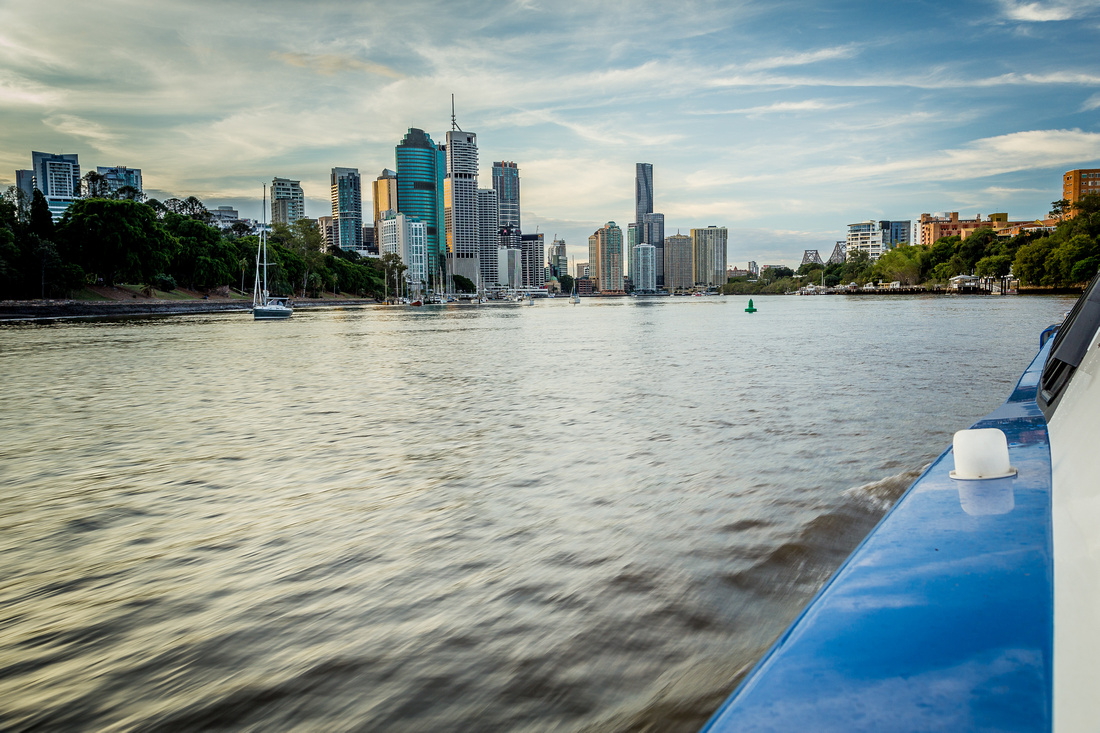 Although I was there to take pictures to was nice being on the water and enjoying the ride. It is not a quick trip via CityCat but it is one of the mort relaxing forms of public transport. 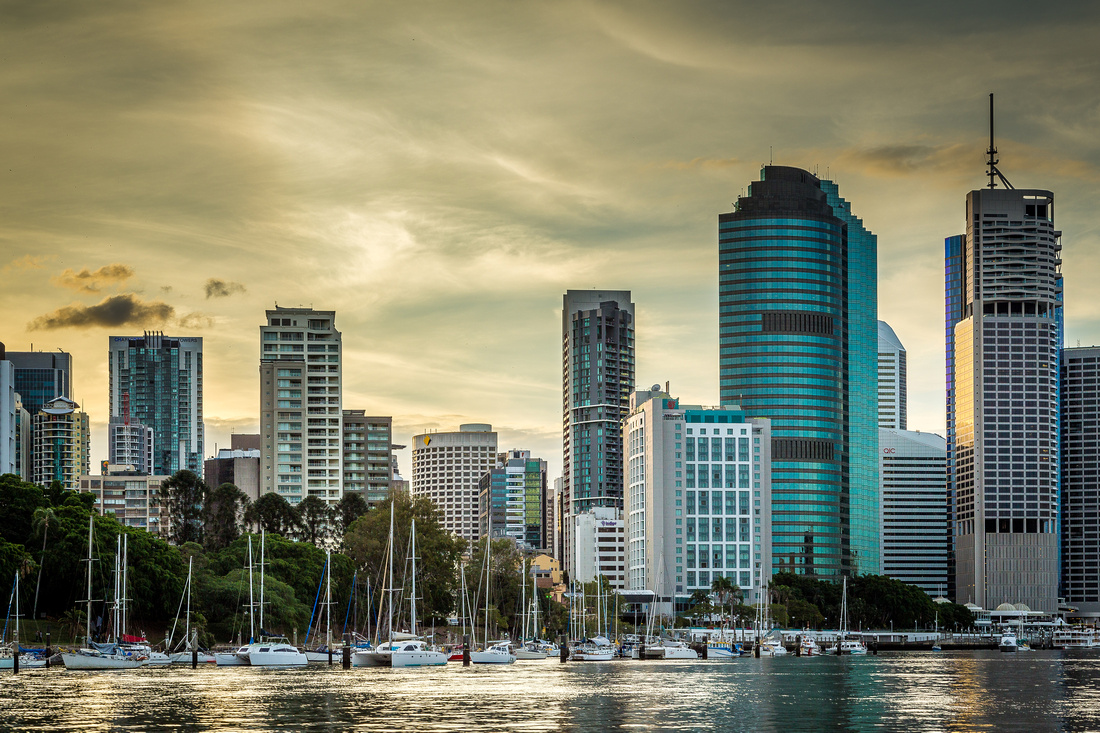 It was great to be able to get this close to the buildings with the water in the foreground. 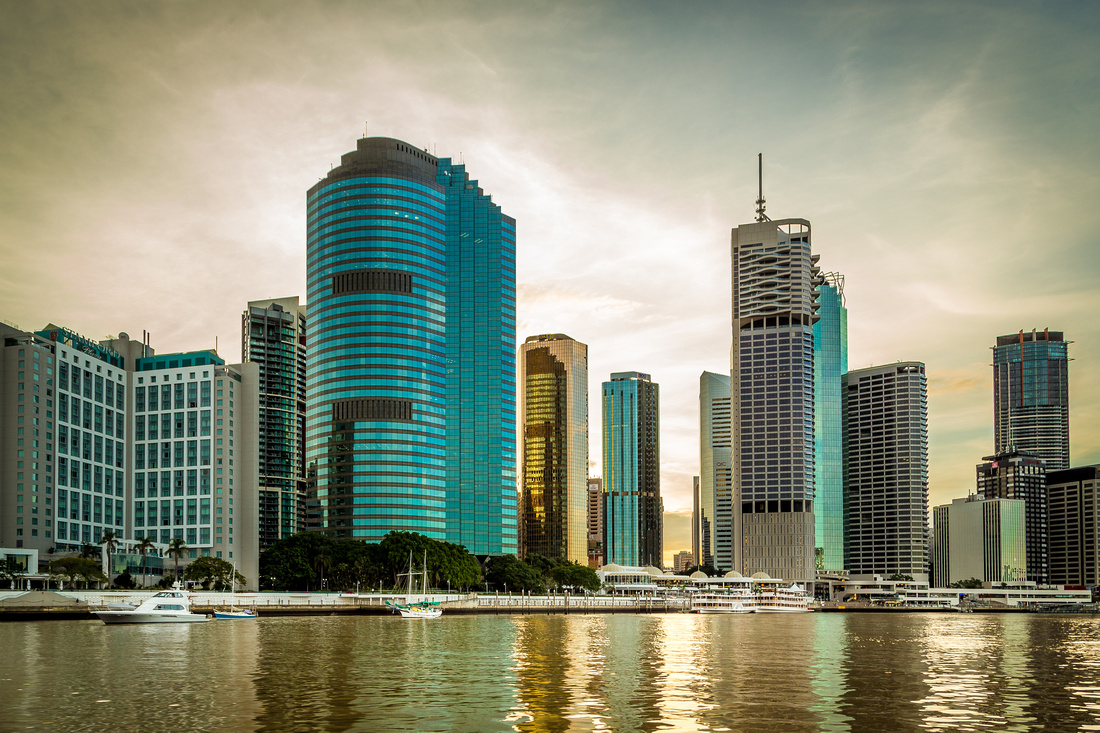 The time of day also gave the water nice metallic golden colour which I was not expecting. 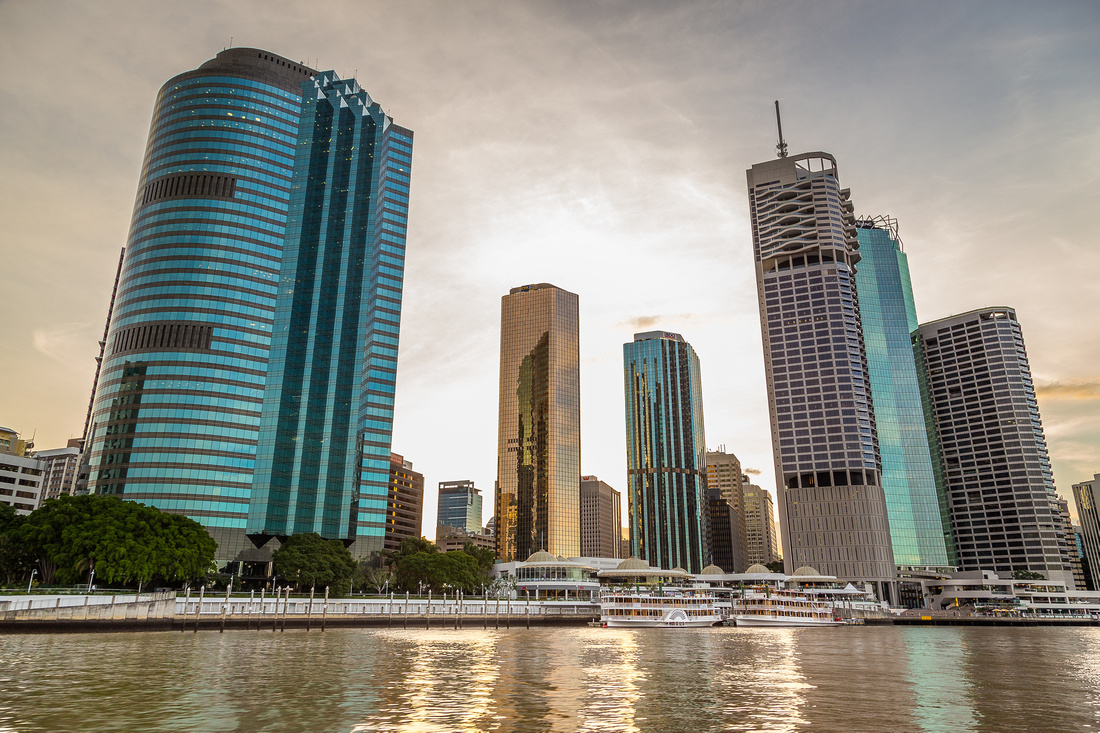 Having both Kookaburra Queens docked was handy however they did blend in more than I was hoping. I probably should have focused on them a bit more. 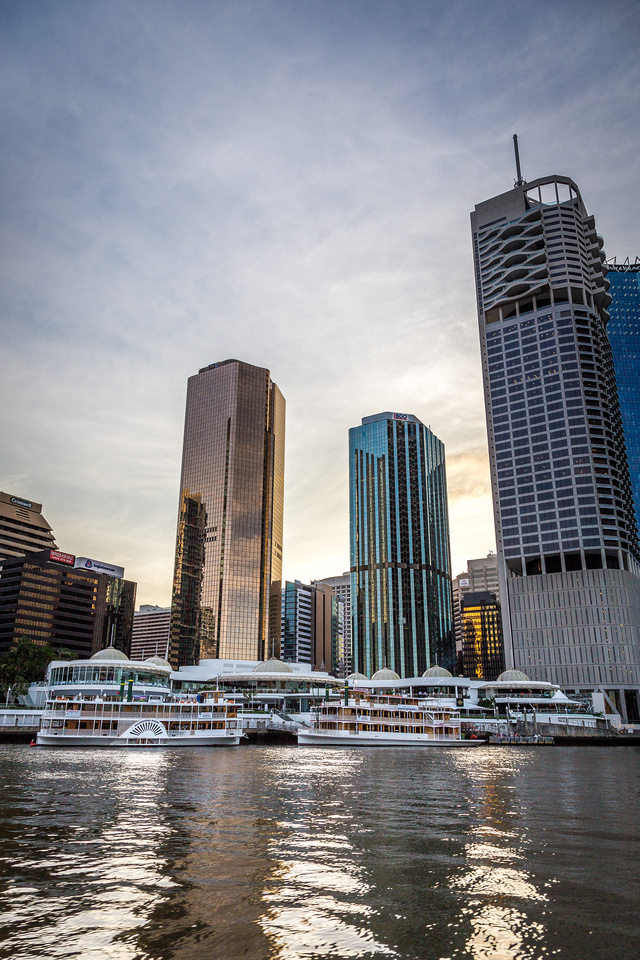 The downside to being on the CityCat however was I couldn't just pull up where ever I wanted to. Sometimes I only had a few seconds to get the shot. 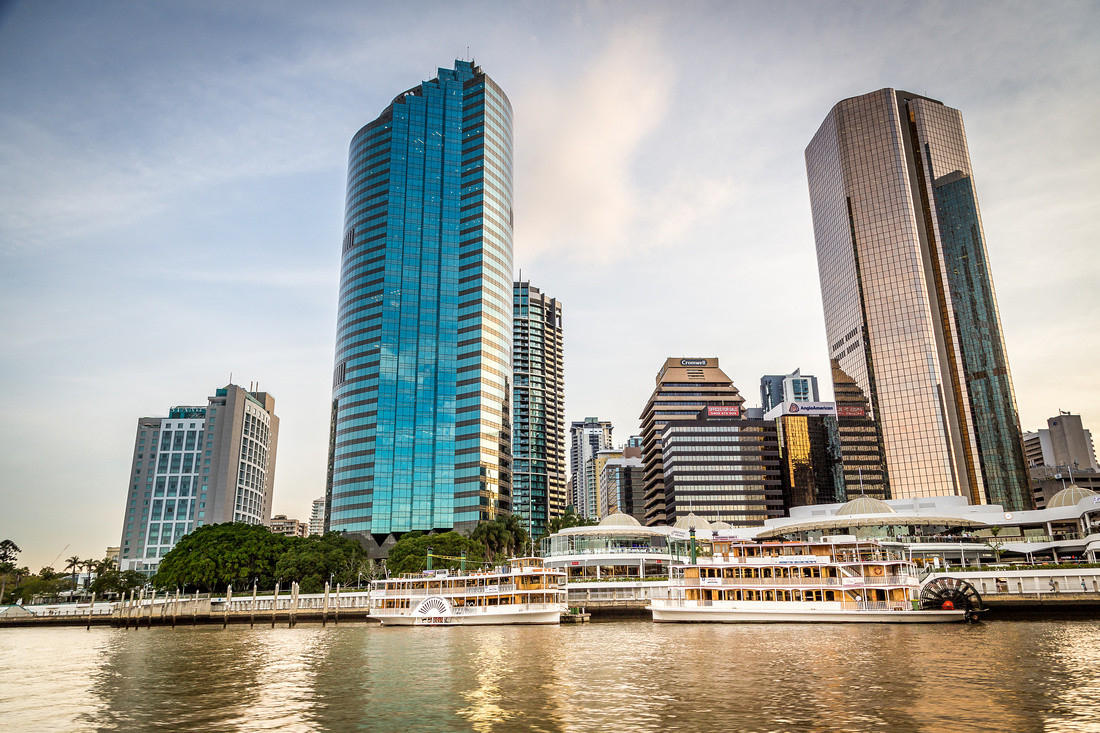 A wide angle lens was definitely required here to get the buildings and the water in frame. 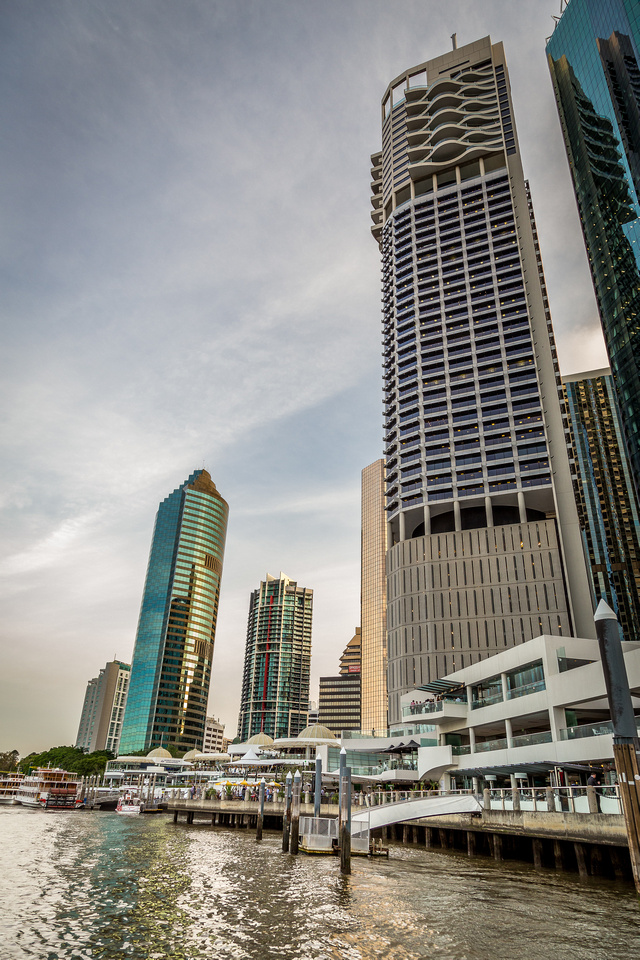 I did zoom in occasionally though for a bit more detail. 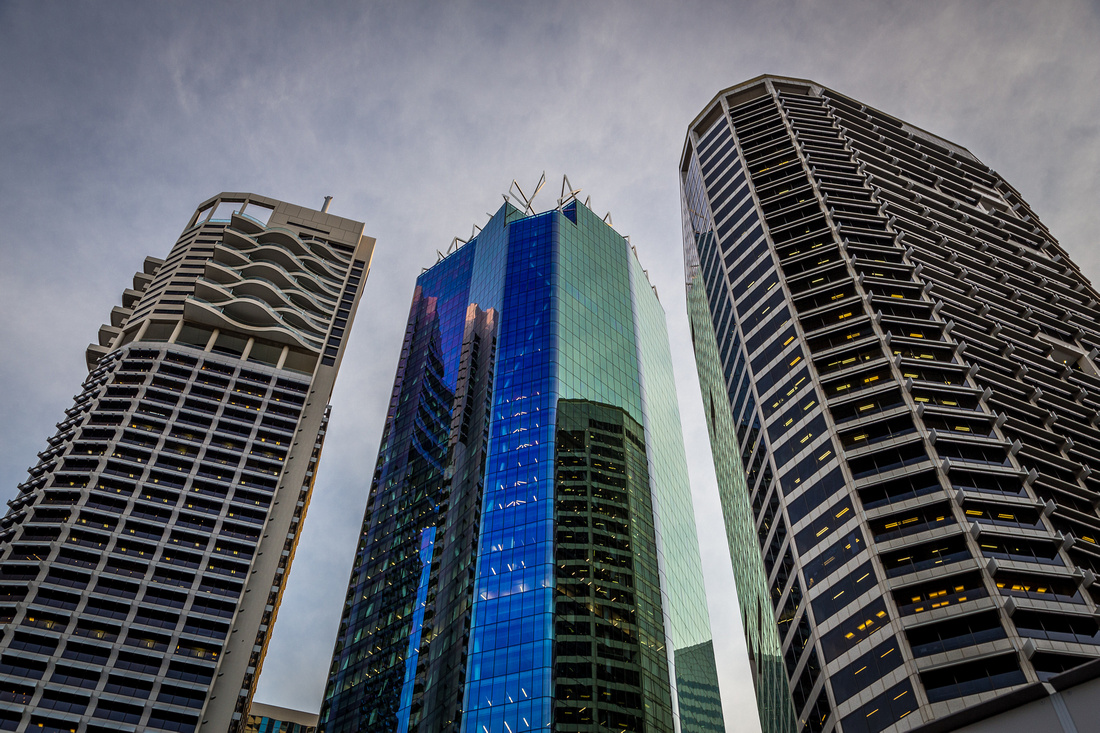 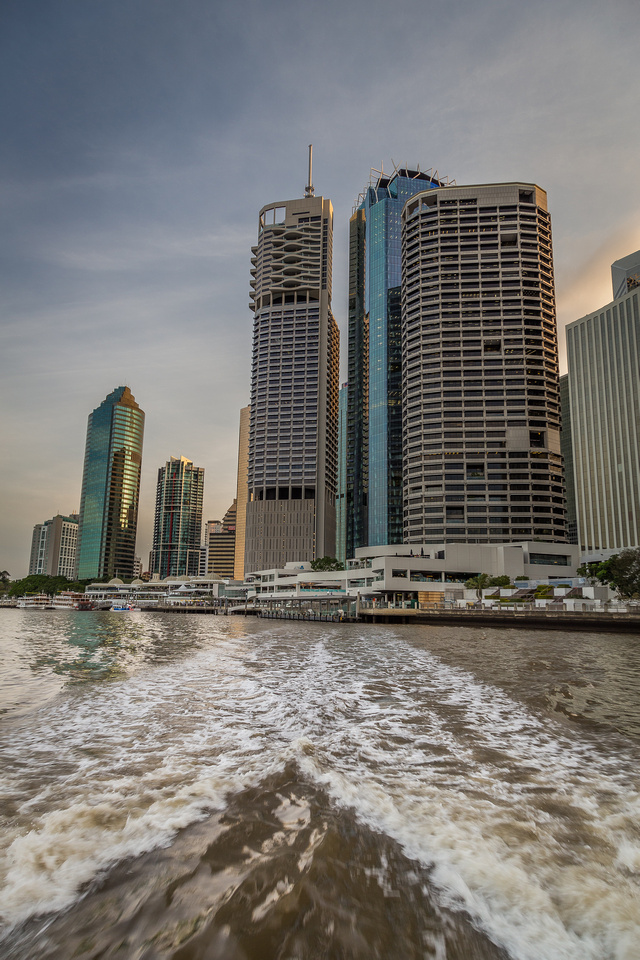 Under the Story Bridge was a view I had seen many times before when Paddling Outrigger Canoes but this was the first time I have been able to photograph it. 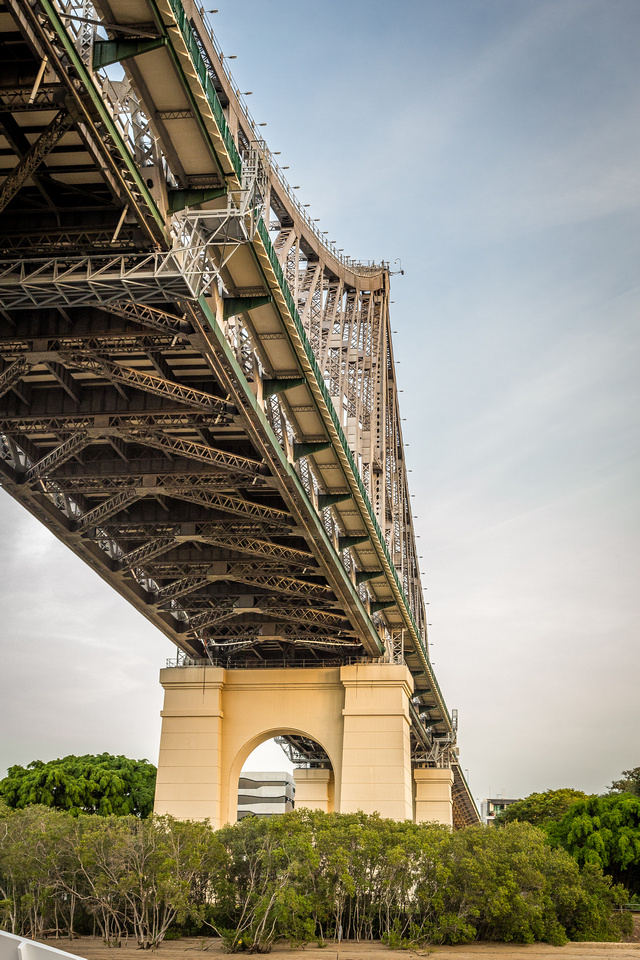 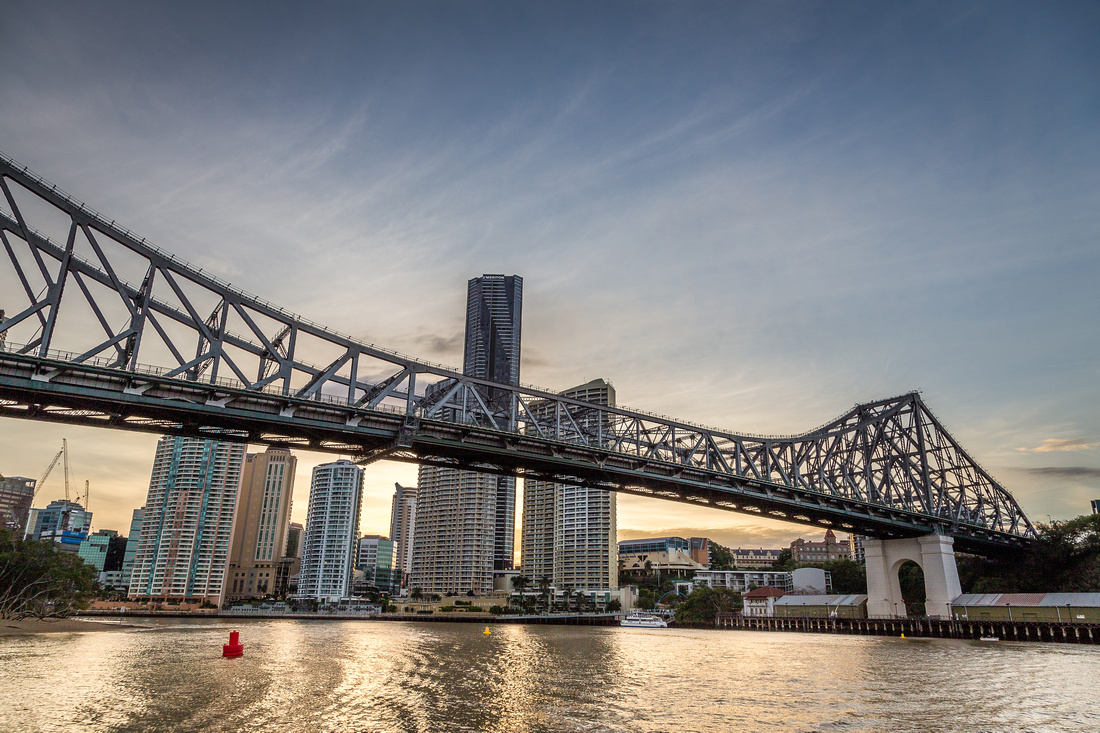 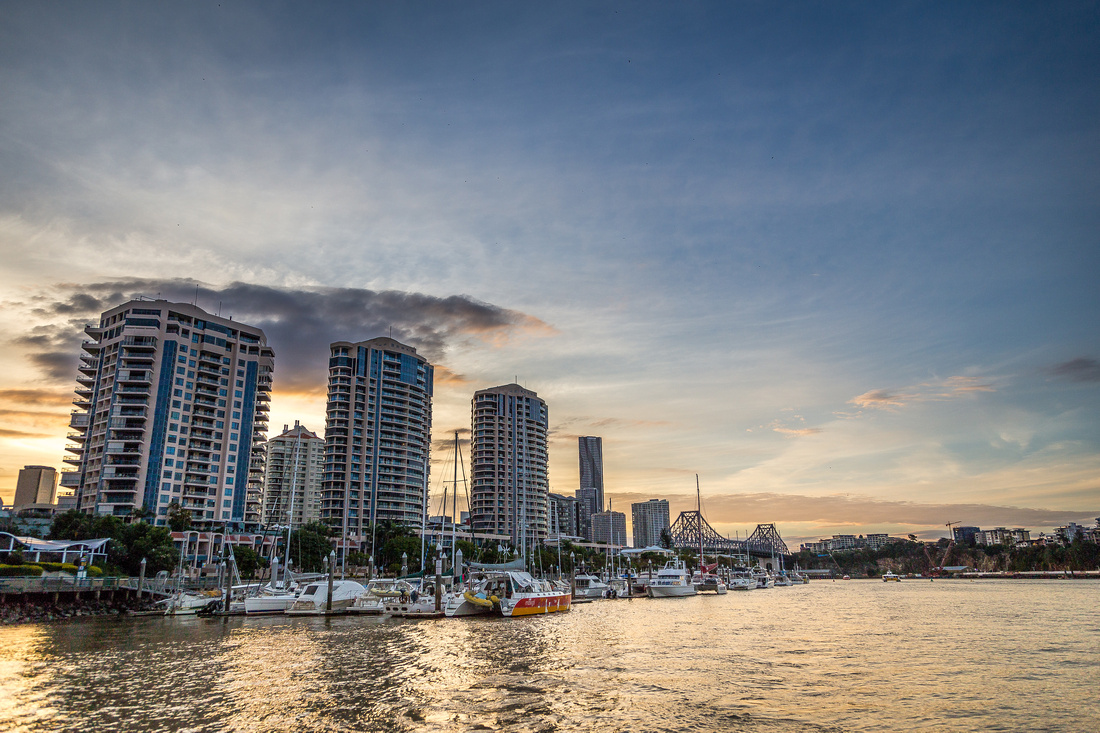 This is the Bulimba Ferry Terminal. I imagine it has been there for some time. I particularly like the old clock on top. 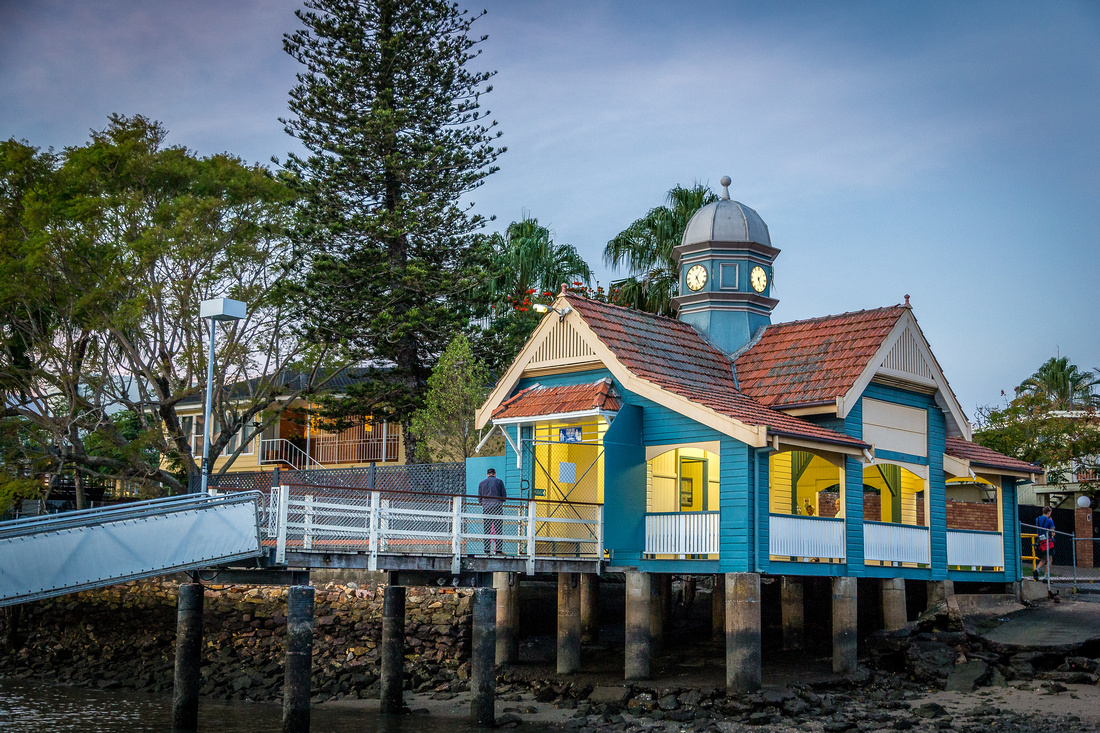 I stayed on the CityCat right to Brett's Wharf but I lost too much light so I didn't get much more after Bilimba but I hope you enjoyed the pictures I did take.